The PYROsmart® system’s original function is the ability to detect dangerous temperatures at an early stage and to localize hotspots. But when it is certain that a fire is about to start, it makes sense to immediately start preventative measures – cooling down the hotspot. This is precisely the concept behind PYROsmart®. The time saved before a possible fire starts can be used for direct and targeted cooling and/or triggering extinguishing systems.

The proprietary, practice-proven PYROsmart® extinguishing software communicates with fire-monitor extinguishers from all major manufacturers and controls targeted extinguishing in the event of an alarm – dynamically adapted and fully automated. 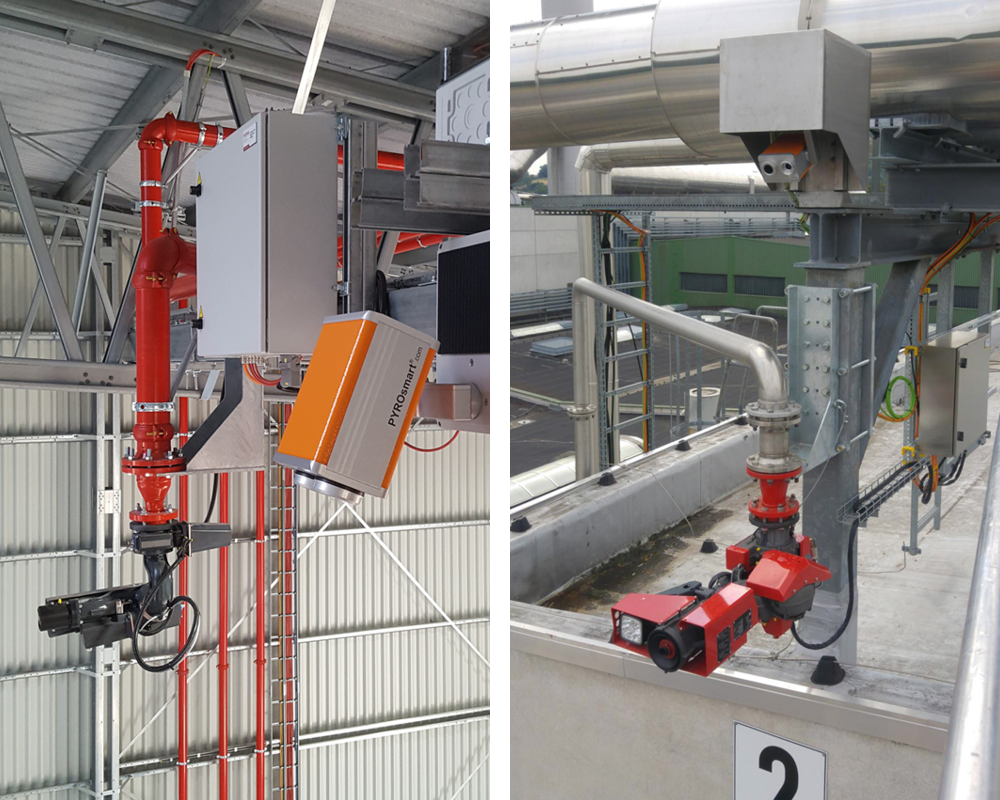 PYROsmart® can control a fire fighting turbine with full automation. Areas are cooled or extinguished using a broad water jet or water mist.

An additional fire-monitor extinguisher can also be controlled in parallel to the extinguishing process for misting adjacent areas. The aim of this supporting intelligent extinguishing strategy is to keep swirling storage materials and loose parts away from the source of the fire.

Preventive measures can also be taken to cool at-risk gas tanks or to reduce fire hazards in open outdoor storage facilities during hot dry spells in the summer.