The PYROsmart® system is capable of more than just localizing fire hazards.

PYROsmart® is a master at automatic targeted extinguishing

A hotspot that has been quickly cooled (“extinguished”) is the best protection against fires. Automatically extinguishing a possible source of fire in a targeted manner requires the maximum from the technology being used. Orglmeister’s development team has many years of experience in this discipline so is able to provide exceptionally reliable and intelligent control for fire-monitor extinguisher systems.

Control data comes from the 3D localization of hotspots in the monitored area. The pan/tilt system processes spatial data with pinpoint accuracy and is positioned at the installation site in such a way that it can optimally “see” and scan the detection area. This creates panoramic thermal imaging with pinpoint localization of hazardous temperatures and/or hotspots. To prevent a fire as quickly as possible, specialized software uses infrared localization to control an electronically operated fire-monitor extinguisher.

This requires precision calculation of the direction as well as optimal nozzle positioning and delivery distance. The PYROsmart® software masters these requirements with special components and fire-monitor extinguishers. A single PYROsmart® system and fire-monitor extinguisher can then be used to provide fire protection monitoring and extinguishing for an area of approx. 5,000 m², and with minimal installation effort. 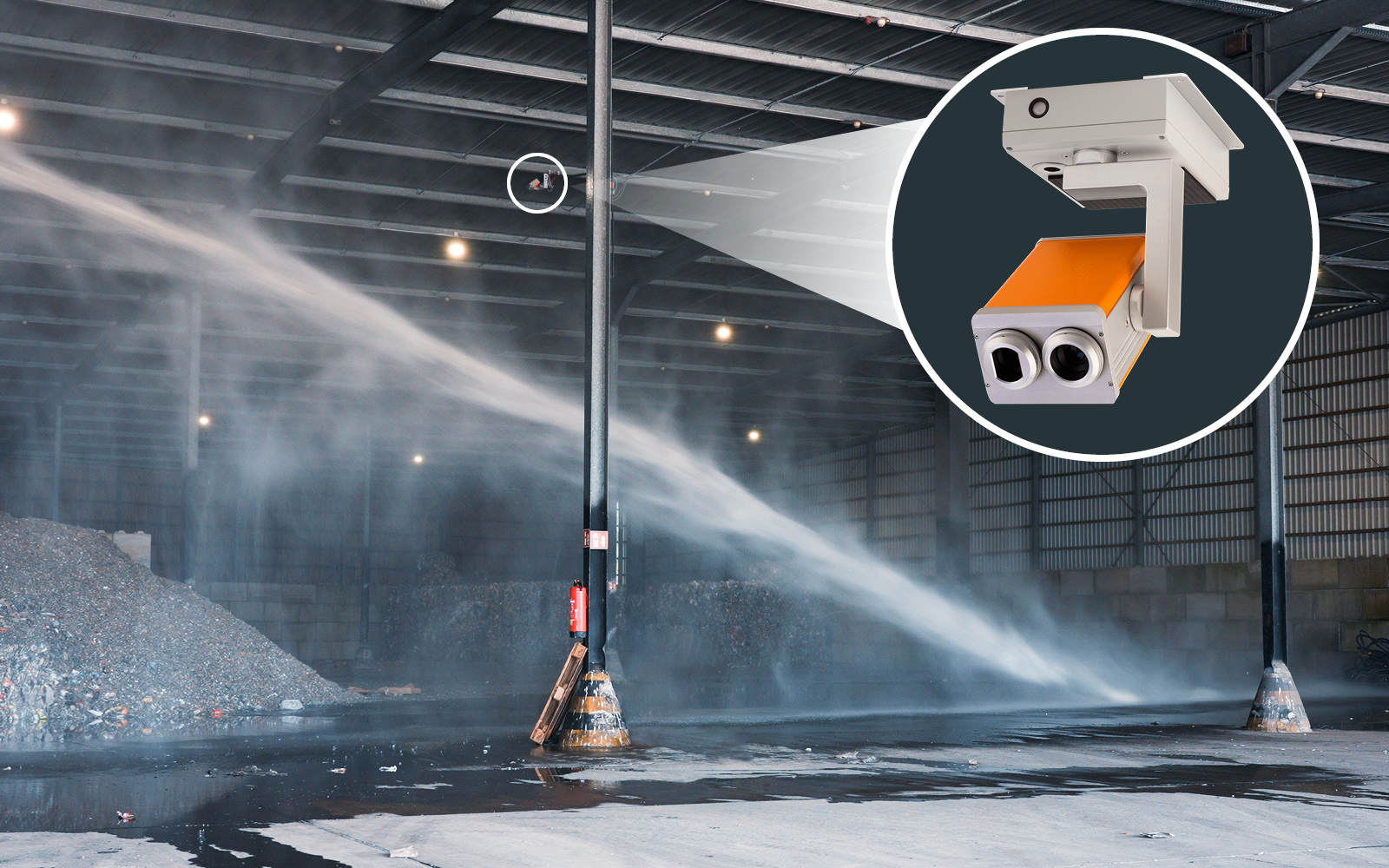 The merits of this type of firefighting are compelling:

Any fire-monitor extinguisher system that can be controlled via IP or CAN bus connections can be integrated.

According to where a hotspot has been detected, the nearest fire monitor extinguishes it at a jet setting optimized for the distance. This achieves quick and optimal extinguishing via electronic water jet adjustment.

Minimal extinguishing agents are used, resulting in minimal damage to any stored goods. An intelligent and highly effective method of fire prevention.

PYROsmart® EXTING-eco is intelligent extinguishing software that independently triggers fire-monitor extinguishing and extinguishes the area around a detected hotspot.

PYROsmart® EXTING-pro is even more efficient and automatically adjusts control of the extinguishing system (smart extinguishing control). Compared to EXTING-eco, this means that more extinguishing agent reaches the source of the fire and thus offers maximum precision for “targeted fire fighting”.

More information about our extinguishing systems 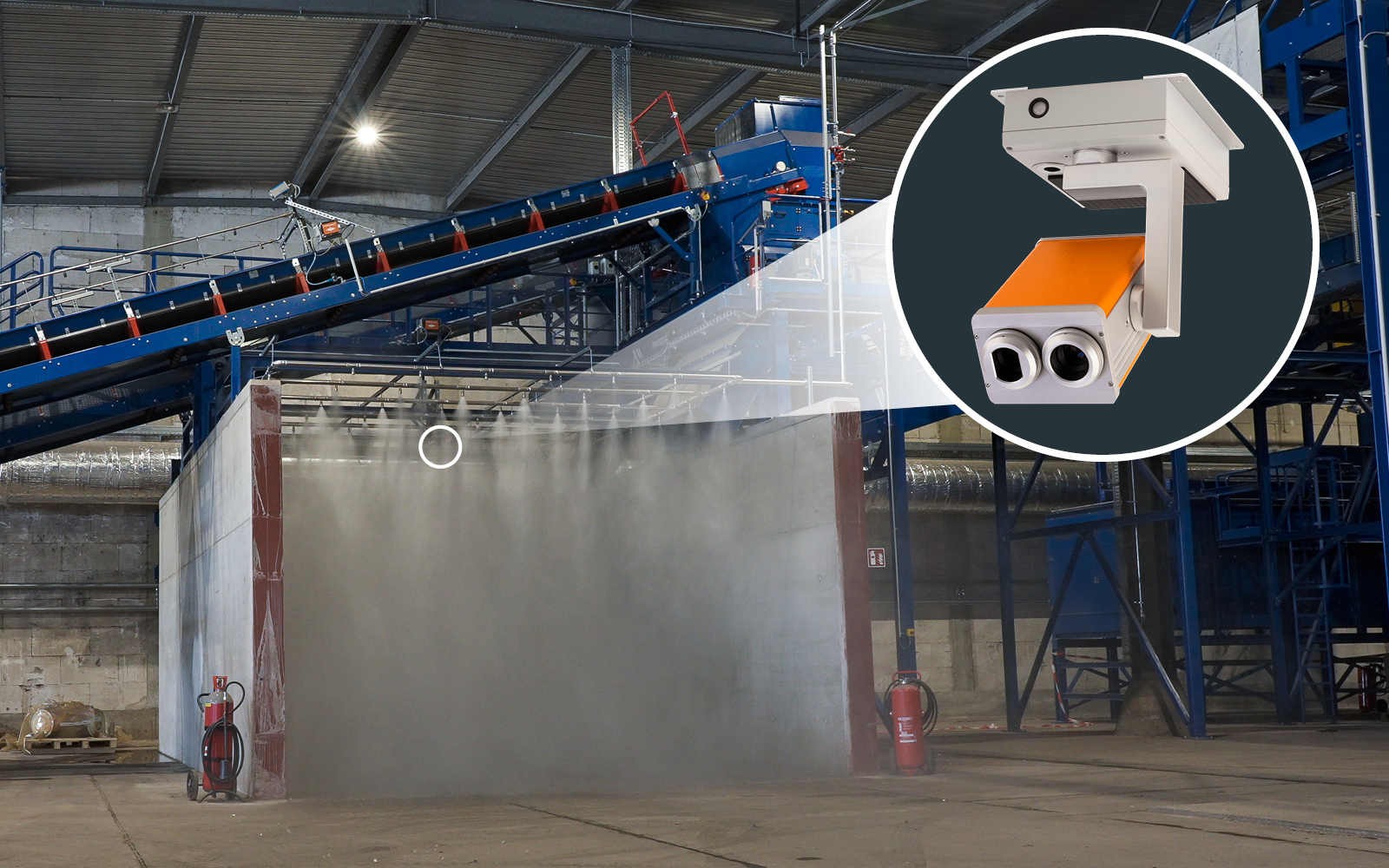 By using PLC extinguishing control, PYROsmart® can also trigger extinguishing of, for example, individual bays, chutes and bunkers, as well as conveyor belt extinguishing using spray nozzles. Extinguishing is then sector-based rather than targeted. 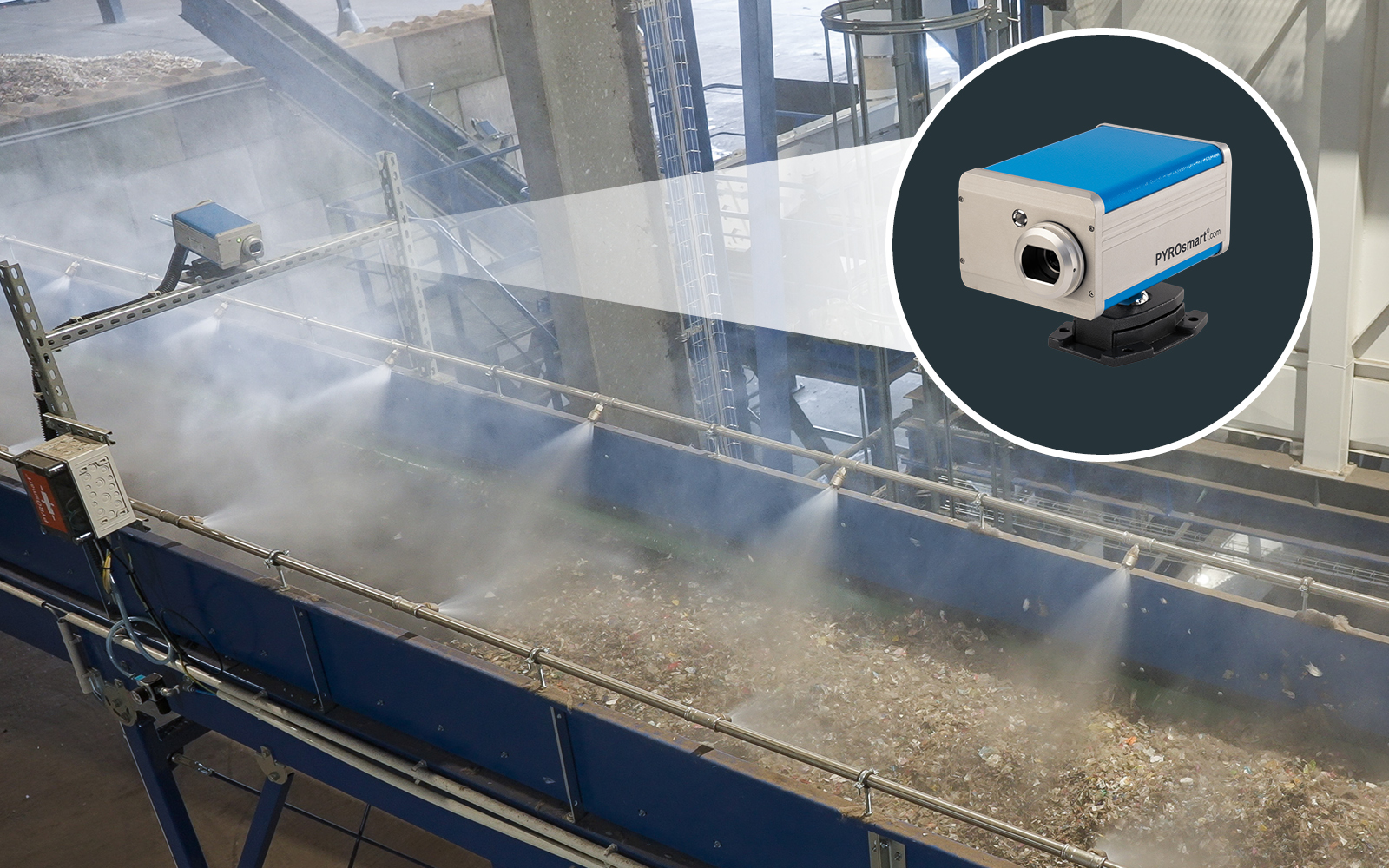 Water is the most commonly used extinguishing agent because of its availability, and because it is harmless to humans, environmentally friendly and inexpensive. Water extinguishes because it cools burning materials. Evaporation of extinguishing water removes so much energy from the combustive reaction that it can no longer continue and the fire is hence extinguished.

Extinguishing success can be further improved by adding film-forming foaming agents. The cooling effect is enhanced because the surface-active agents contained in the foaming agent reduce the water’s surface tension, allowing it to penetrate deeper into the burning material. In addition to this cooling effect, the formation of a foam blanket cuts the burning material off from further oxygen supply, thereby suffocating the fire. Applications using foam extinguishing systems are for fire classes A and B, i.e., solid and liquid fires.

One disadvantage of foam extinguishing systems is that foam must be disposed of properly after use, resulting in extra expense. Targeted extinguishing reduces the required amount of extinguishing agent and minimizes disposal costs.

A special surface-acting agent can also be added to extinguishing water. This additive also significantly reduces the water’s surface tension. Such water then penetrates quickly and deeply into the burning material, even for materials that are difficult to dampen and/or are water-repellent.

You can find detailed information about our products here: