Why are incorrectly disposed batteries and rechargeables so dangerous?

For recycling operators, lithium-ion batteries have become the No. 1 fire hazard. Lithium batteries that have not been disposed of correctly are causing fires in waste management facilities on an almost weekly basis. Any batteries not detected during sorting become unpredictable fire hazards at every stage in the processing chain. 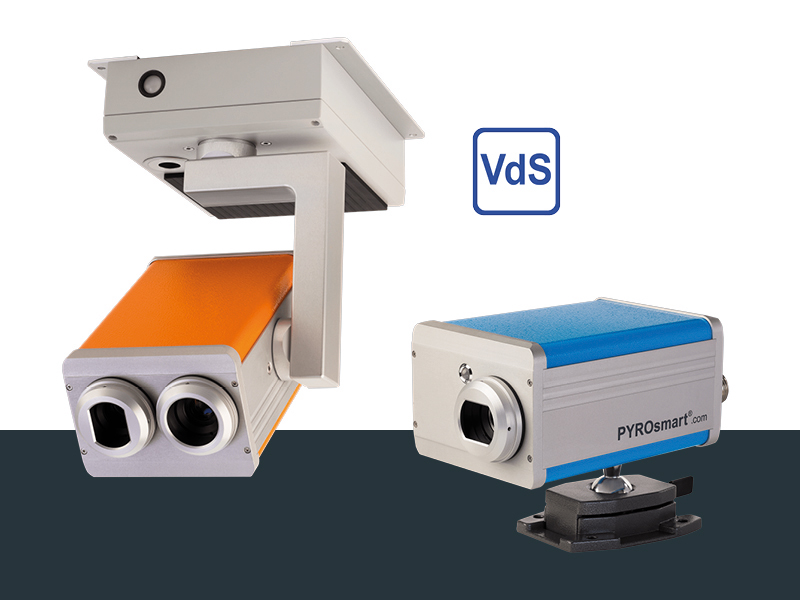 Thermal cameras (thermal imaging cameras / infrared cameras) can “see” heat and display it pictorially as thermography. Spontaneous ignition of damaged batteries is often preceded by overheating. Thermal imaging temperature monitoring is therefore ideal for protecting against lithium-ion battery fires. However, only a few systems are able to fully meet the high demands of early fire detection in the waste management sector. For example, no false alarms from normally high temperatures in daily operations (e.g. from wheel loaders, etc.). Other demands:

Two application examples can be seen further down this page.

Why? See for yourself in this video from SUEZ UK / Aberdeen City Council …

PYROsmart® avoids this – by through early hotspot detection and automatic extinguishing. In more than 500 plants worldwide.

When a lithium-ion battery is mechanically shredded, the energy it contains is released. This can lead to instantaneous as well as delayed ignition. Fire can then spread quickly via downstream conveyor belts. 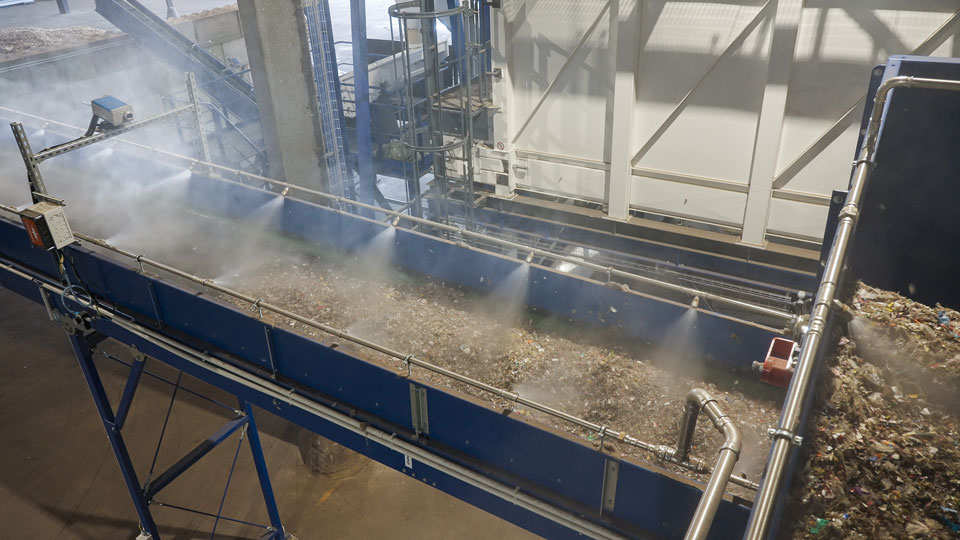 But what if the battery is already on fire? Conventional extinguishing systems (e.g. sprinklers) are often unable to cope in such cases. Compared with other types of fire, battery fires require instant extinguishing and much larger quantities of water. Burning metallic lithium is particularly difficult to extinguish.

Cooling down both the burning battery and its surroundings is therefore essential and necessary until the reactive process and/or fire within the battery comes to a stop. Water mist systems are ideal for this purpose and prevent further damage from occurring.

Damaged battery cells are susceptible to delayed spontaneous ignition. They therefore not only represent permanent fire hazards when collecting and processing them, but also when storing and moving recycled material. From approx. 70-80°C, a self-reinforcing, explosion-like burning of the battery with flames is possible (“thermal runaways”). Prompt detection of increased surface temperatures is therefore vital.

While other systems only offer detection, PYROsmart® can also control and manage preventive cooling and/or extinguishing of hotspots: automatic, precise and using any standard fire monitor! 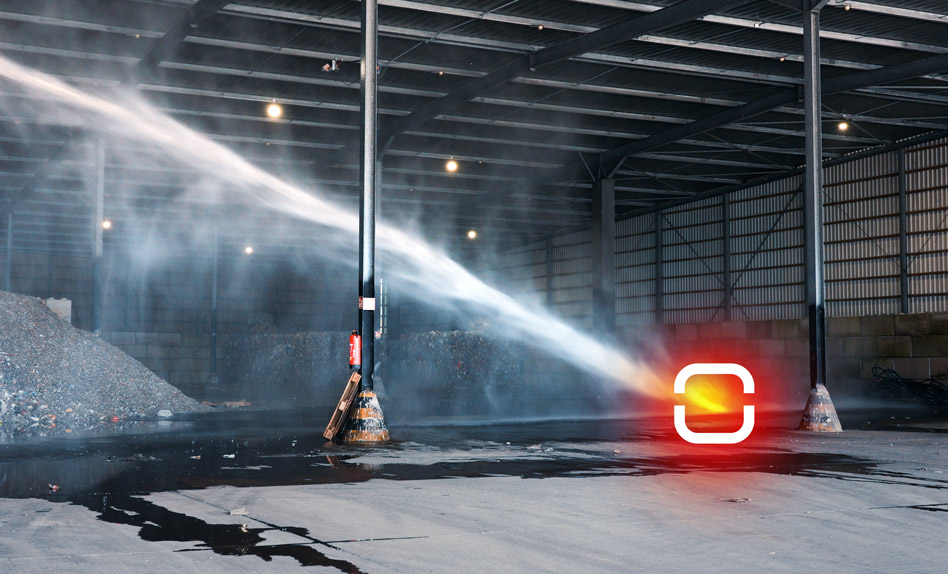 And what if a battery is burning? Secondary prevention is then the primary aim, i.e., preventing fire from spreading to surrounding combustible recycling material. The ideal option here is also targeted cooling/extinguishing using fire monitors. Sprinkler systems and similar extinguishing technology are unable to provide sufficient supplies of water to the source of fires. Fire monitors, in contrast, apply much larger volumes of water to fire sources very quickly.

PYROsmart® uses temperature measurements to determine the best extinguishing strategy. This ensures batteries and their surroundings undergo continuous extinguishing and cooling. However, if a fire continues to spread despite these actions, PYROsmart® will continue to manage the extinguishing process until the fire-fighting services arrive and take over.

Waste disposal and recycling – more information on the industry solution